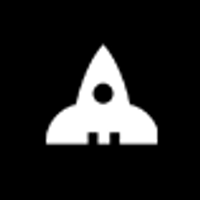 Social media has become a major part of our lives, people have been able to connect from all over the world with friends, family, loved ones and share their thoughts, emotions and experiences.

It is time to recognize that the world around us is changing. The explosion of digital trace data such as countless websites and apps, online communications – together with the availability of computational methods that are faster, cheaper, and easier to use – has ushered in a new scientific approach to measuring culture.

Playing By The Rules

Last week Twitter CEO Jack Dorsey finally responded publicly to the company’s decision to ban President Trump from its platform, writing that Twitter had “faced an extraordinary and untenable circumstance” and that he did not “feel pride” about the decision.

Banning Trump was the right decision though it came a little bit too late. But at the same time, the nuance of the situation is that maybe it shouldn’t be a single American company that decides these things.

In the same thread, he took time to call out a nascent Twitter-sponsored initiative called “bluesky,” which is aiming to build up an “open decentralized standard for social media” and to make sure platforms like Twitter have less centralized responsibility in deciding which users and communities have a voice on the internet.

While this could protect speech from marginalized groups, it may also upend modern moderation techniques and efforts to prevent online radicalization.

No doubt Twitter is the cocktail party of the internet, when stuff is happening around the world, Twitter is where you go when there is an unfortunate world crisis and breaking news, we don’t run to Instagram or Facebook for the pictures – we run to Twitter for the breaking tweets and live news updates.

Over the years Twitter has become extremely noisy! Now the amount of information and users on Twitter has gotten so intense that it’s hard to have that same engagement on any of my tweets. More than often I feel like it’s gotten a lot harder to get anyone’s attention on Twitter.

About a year ago Twitter changed its layout. Right before it happened, regular users have experienced an avalanche of likes and retweets. It seems like the changes to the algorithm contributed to promoting conversation.

After that, Twitter applied a new layout. It was less personal (the main header image was minified) and even the web app started to look similar to mobile layouts of that time. This was the turning point.

As society adapted to this new layout and tried to figure out how to use this new inflow of attention, Twitter began introducing political stories, gradually replacing trending keywords with news from popular outlets like The New York Times, often mixing old-style trending keywords (that were actually part of the tweets themselves) with news stories.

These changes led to shifting of context in how the app was used and perceived. No longer you could connect the dots between trending keywords and the belief that those keywords were actually generated by tweets without any additional engineering and mixing with other news.

It’s clear Twitter has a problem and its traditional model is slipping. It has become a massive firehose. They need to figure out how to curate the feed, like Facebook has evolved to do with their NewsFeed algorithm, or risk losing that attention completely.

These changes led to emergence of alternative platforms. Many of them are still in pre-production stages, but some have already started gaining respect and following among users. A new platform, Twitter-like, is happening online and it is getting straight to the point - paying strong attention to its users. All that being said, keep in mind that in a fast-paced world, things can happen overnight, literally.

Semicolon is becoming more popular by the hour, gaining attention from users that are hungry for something substantial. This platform is becoming the new nest for web developers. No sale, no gains, just pure positivity. After all, developers are the problem solvers of the world that are the creators of everyday algorithm's functionality.

So, from a purely attention based analysis, Semicolon is clearly going in the right direction. And attention is what you want when you’re creating a product or your brand, right? Users need that attention so they can feel home again. With so many different social networks and platforms available to users, it can be difficult to grab that attention and hold it.

But Semicolon is on to something very interesting compared to Twitter. Twitter vs Semicolon is about attention my friends, they both have it, but it's different in context. And context matters!

Semicolon is for the users, features are based on people’s needs - not corporate, political or ideological interests. In comparison, it’s back to the very basics of what it used to be and how it all started.

Semicolon cares about important features but it’s also aesthetically pleasing, which is exactly what’s contributing to its rapid growth as a new platform on the block. And this is just the beginning. Here are few examples and I am sure more to come as users participate with ideas of what should be next.

Using personal pronouns has become a trend already as people like to have choice, users still need to type “he/him”, “she/her” and “they/them” into the bio since there is no native support by the app, for now.

All the icons are custom made and fun to play with. The site has its own bug tracker (imagine that) created by Full Stack Developer in Portland, OR.

Sign up for a Semicolon Account, be a part of building the history of the internet as we the users want it to be!